The history of the Jews in the 20th century is also helping to chart the museum's oral history project, as part of which we have been recording interviews with Shoah survivors and also narrators from so called second generation since 1990. The aim is to preserve Jewish memory and to establish the Jewish experience as part of Czech collective memory. The oral history collection also contains photographs and other material from family archives, which relate to the personal testimonies. At present, the collection of interviews has more than 1,300 testimonies and is the largest of its kind in the Czech Republic.

The biographical interviews are recorded on camera or dictaphone. After that each interview is transcribed and sent to the narrator for authorization. The authorized interview is then archived in our museum. Following the copyright once archived, the material is used by researchers and the general public for publication or exhibition purposes, but mainly for educational activities with local relevance and context.

Researchers can study the testimonies at our Library and Multimedia Centre. The interviews are recorded mostly in Czech language. The testimonies are submitted for study purposes as anonymized transcriptions. The texts can be also sent in pdf to your email after you provide us with filled and signed scans of:

We believe that the Jewish Museum in Prague is the most suitable institution for collecting testimonies and artifacts that document the Jewish presence in the Czech lands. It is a safe place where your family history will be taken care of by leading experts. We accept the documents and photographs as originals or digitized copies.

Thank you in advance for helping us to preserve the historical record – and the memory of your family in the country it once considered home.

Read how we document the modern history of Bohemian Jews.

Long-term financial support for recording interviews with the Shoah survivors allows us to record a greater number of interviews and preserve their unique memories.

The donator is Robert B. Fried from New York, who is also an author of a book of poetry, From Generation To... written during his childhood about his grandparents' experiences during the Holocaust. For more information click here.

As the grandson of 4 Holocaust survivors, I learned a lot about their experiences and it has truly molded me into the person I am today.  My paternal grandparents were from Czechoslovakia and my maternal grandparents were from Romania.   It is humbling to partner with the Jewish Museum of Prague to offer long term financial support through the From Generation To... Interview Project.  The staff at the JMP work tirelessly to document the stories of Holocaust survivors so that they can be shared with future generations.  I am grateful and proud to have this special opportunity which allows me to play a vital role in this ongoing effort.  With the population of survivors aging, it’s vital now, more than ever, to conduct as many interviews as possible. - Robert B. Fried.

State of From Generation To... Interview  Project

The Jewish Museum in Prague and Mr. Robert B. Fried agreed to continue their cooperation on the Interview Project "From Generation To..." in 2020.

The goal of this project is to collect personal accounts of the Shoah survivors from former Czechoslovakia. Mr. Fried´s ongoing support makes it possible to increase the number of interviews that constitute a valuable testimony of this dark period in history. Thanks to Mr Fried’s generous 2018 donation we were able to record and process 6 interviews (in the United States, New Zealand and Israel).

In 2019 our work continued with another 55 recorded testimonies, out of which 33 were with narrators from the Czech Republic, 17 from Israel, 3 from the USA and 1 from the UK and from Australia, respectively. Our project in Australia has of late been temporarily suspended due to difficulties incurred as a result of the current climate situation.  We hope the situation will improve soon and we will be able to continue to interview first generation witnesses in Sydney and Melbourne.

In 2020 we would like to continue with the recording of Shoah survivors in the all before mentioned territories and record close to the same number of testimonies as in 2019. 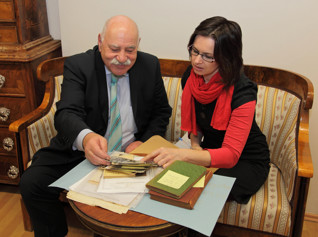 Curator of Oral History Collection and Tom Kolisch browse through archival photographies and documents which he decided to donate as digital copies. 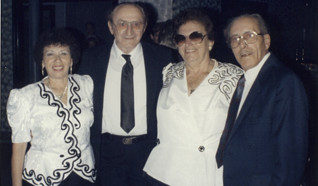 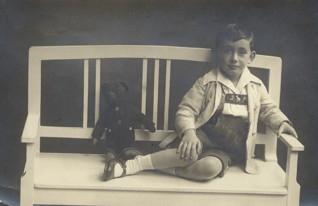 George Sachs in 1926. Interview was conducted in 2014 in New York. Geroge Sachs has donated JMP with many digital copies from his family archive, included unique video record of his wedding from 1947. George Sachs left Czechoslovakia two years later. 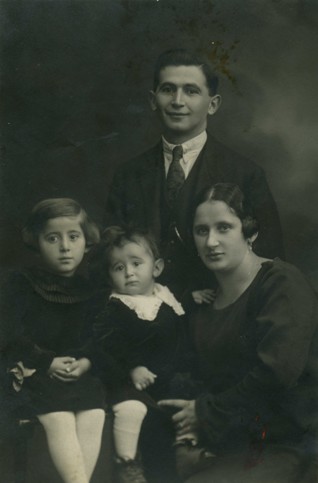 Family Meisl from Tabor town in 1925. Shoah has survived only daughter Marta Meislová, married Navratilová. JMP has conducted the interview with her in 1995. 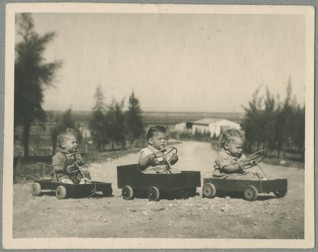 Children at the kibbutz Lehavot Chavia, Israel 1950´s. The interview with Mikuláš Bröder was recorded in 2001. Narator is originally from Slovakia where he was involved in local Zionists movement. Due to the postwar Antisemitism in Slovakia he emigrated to Israel. 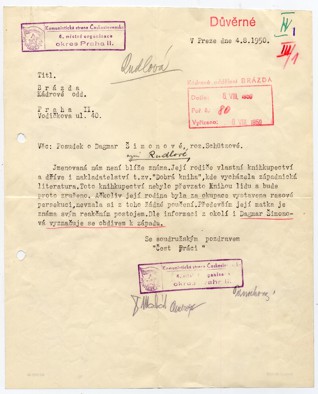 Personal ideological profile of Dagmar Rudlová (Šimonová) dated 1950. The interview was recorded in 2012. 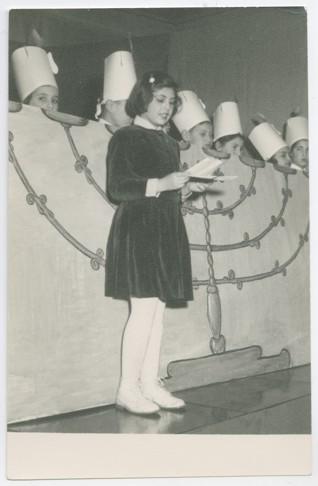 Celebration of Hannukah at Prague Jewish Community in 1957. The photography portrayals Ivana Beranová, born 1947. Narator was included in so called Children of Maisel Street, Jewish youth movement. Ivana Beranová has donated JMP with many original photographs which document life of Jewish youth in the second half of 20th century. The interview with her was conducted in 2010. 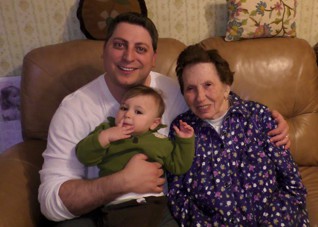 Fried family, Rebecca, Robert B. and Aaron, three generations together