The collection of historical documentary photography comprises the following material:

The largest part of the collection.

Documentation of the wartime museum's activities. This also includes negatives that document the activities of institutions where Jews had to work under the supervision of the Nazi occupation authorities.

Documentation of Jewish sites from the 1940s to the present.

In addition to images from the Terezín ghetto, labour camps and death camps, this also includes snapshots of Czech Jewish families that have been collected as part of the museum's collection of interviews with Shoah survivors and witnesses.

The Photo Archive of the Jewish Museum in Prague currently has 75,000 negatives, transparencies and original photographs, well as over 500,000 digital images.

The photographic documentation of the museum's collection pieces and of Jewish communities in Bohemia and Moravia has been carried out on an ongoing basis since the beginning of the 1940s. Several thousand negatives were taken in 1942-1945 during the existence of the Central Jewish Museum.

The Photo Archive is being constantly supplemented. It brings together materials that document the museum's activities, in particular exhibitions, concerts and various social events that the museum is involved in. Material is also being added to its collection of photographs from the Shoah period, as well as new photographs that document Jewish sites in the Czech Republic. 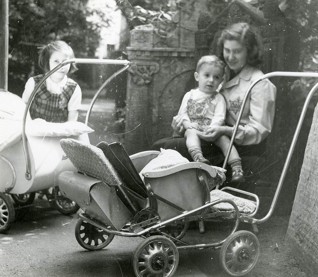 A woman with children visiting the Old Jewish Cemetery, 1942 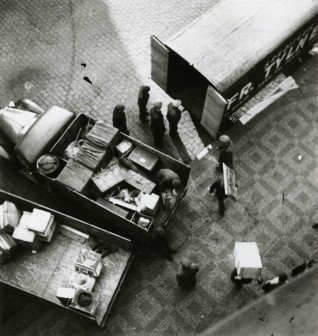 Moving confiscated property to a warehouse in the Spanish Synagogue, 1942-1944 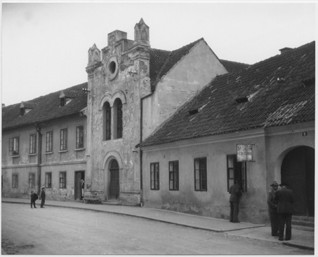 The synagogue in Bechyně, around 1953 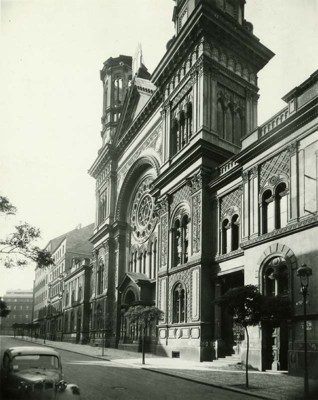 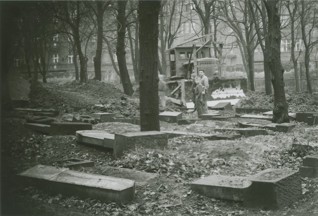 The cemetery in Žižkov during its conversion to a park (Mahlerovy sady), 1960 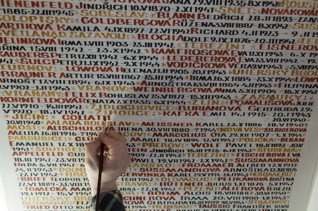 Restoration of the inscriptions in the Pinkas Synagogue

The Pinkas Synagogue during the floods in 2002 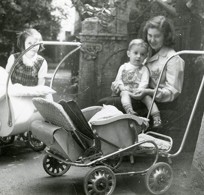