“You won’t need to see a rabbi.” 500 Years of Hebrew Printing in Bohemia and Moravia.

The JMP will be hosting a special exhibition to mark the 500th anniversary of the first Hebrew book to be printed in Bohemia and Moravia – and in the entire region of Eastern and Central Europe. On display will be unique items from the most important collections of manuscripts and early printed books in the Czech Republic and abroad.

In December 1512 a consortium of Jewish printers and financiers in Prague completed the printing of a siddur, a prayer book for weekdays and the Sabbath services. Due to its publication there, the Bohemian lands became one of the first places – after several localities in Italy, the Iberian peninsula and Constantinople – where there were Hebrew printing presses run by Jewish printers. From then on, Hebrew books were published to varying degrees of intensity in Prague and later in Prostějov, Brno and Mikulov until the first half of the 20th century.

The title of the exhibition is a quote from the heading of a glossary to the Hebrew Bible that was published in Prague in 1604 by Moses Sertels. The exhibition traces the history and development of Hebrew printing in Prague, particularly in the earliest period of this cultural phenomenon – from the 16th century to the 18th. In addition to exploring the general influence of book printing on the democratization and secularization of education, the relationship between the first printed books and manuscripts, the development of typography and decoration, and the gradual expansion of genres, the exhibition focuses mainly on the characteristic features of books printed in the Bohemian lands. It also looks at the remarkably open co-operation that existed between Jewish typographers and their Christian colleagues, which influenced the external form of Hebrew books printed in Prague for more than a century. Attention is also drawn to the individual printers, authors, editors and illustrators.

The exhibition will feature up to 50 original printed books, including unique items such as the only preserved copy of the earliest Prague printed book from the Bodleian Library in Oxford and the 1526 Pesah Haggadah from the Braginsky Collection in Zurich, which is regarded as one of the most beautiful Hebrew books of all time. The National Library of the Czech Republic and the Strahov Library of the Royal Canonry of Premonstratensians in Prague have loaned books from the workshops of the Christian printers Pavel Severin and Sixt Palma Močidlanský from the early 16th and 17th centuries; these works have decoration and woodcuts in common with Prague Hebrew books from the same time. On loan from the Research Library in Olomouc are a rare book from Krakow, dating from 1534, which was influenced by Prague typography, and a previously unknown book from Abraham Heida’s workshop, dating from 1621, which was discovered in the library of a local Jesuit college during preparatory research for the exhibition. Also on display will be unique original items from the collections of the Jewish Museum in Prague – notably, the only extant copy of the second oldest Prague book of hymns for the Sabbath and grace after meals, dating from 1514, a Hebrew bible from 1530 and a Hebrew book printed in Prostějov – the only one of its kind to be preserved in the Bohemian lands. The museum will also showcase the results of its research that was carried out in synagogues in Bohemia and Moravia in the 1990s.

The exhibition will also have a multimedia section which will give visitors the opportunity to look through selected books in digital form. In addition to a detailed exploration of the individual topics, this will include examples from an on-line bibliography of Hebrew printing in Bohemia and Moravia with an overview of the results of several-years’ systematic research into the books and collections of major institutions in Europe, USA and Israel.

The exhibition curator is Olga Sixtová. 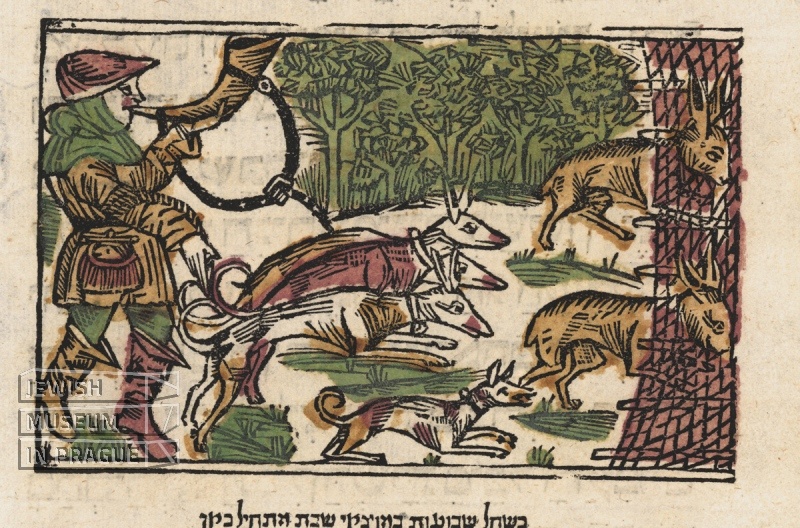