This exhibition highlights the tradition of the Torah scroll and its place in the life of the synagogue. It also covers the fate of Torah scrolls from Bohemia and Moravia during and after the Shoah. Particular focus is on the circumstances surrounding their subsequent sale in 1964 and on their current existence. It also draws attention to the most interesting activities of the congregations that are now using the scrolls. The exhibition is accompanied by a film of the same name (directed by Ivan Pokorný), which is available in Czech and English. 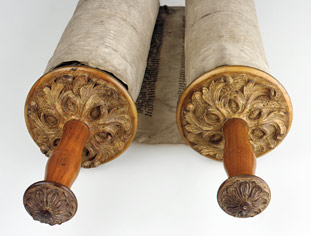 DESCRIPTION OF THE EXHIBITION

The fate of the Torah scrolls until 1963

Before the Second World War, very few Torah scrolls or Torah binders appeared in museum collections in Bohemia and Moravia. This situation drastically changed during the war when the recently founded Central Jewish Museum in Prague managed to rescue a large number of Jewish objects, including almost 1,800 Torah scrolls whose owners had been deported to concentration camps. A number of Jewish communities were re-established in Bohemia and Moravia after the war, and they were provided with Torah scrolls again for liturgical use. In the first years of the Communist regime, however, many of the communities were again disbanded and the Torah scrolls were then returned to the Jewish Museum in Prague. In 1950 the Jewish Museum was nationalized under pressure from the Communists. At the start of the 1960s, the then Czechoslovak regime began to sell off liturgical objects from the Jewish Museum's collections to purchasers abroad.

The Torah scrolls became sought-after articles. In 1963, once a suitable purchaser had been found, the museum staff had to provide about 1,500 Torah scrolls from the museum’s collections for sale. In January 1964, the scrolls were packed and shipped to London. The consignment of an incredible amount of the most important Jewish liturgical items attracted considerable attention there. The scrolls found refuge at Kent House, the headquarters of the recently established Jewish congregation at Westminster. Two possible options were considered for their further use: scrolls that were in a good condition or were repairable could be provided for use at synagogue services, while the items that were beyond salvage could be displayed for memorial purposes. From 1965 for the next almost 40 years, the day-to-day care and later distribution of the Torah scrolls and the activities of the Czech Memorial Scrolls Trust were overseen by Ruth Shaffer. The rules for the distribution of the scrolls were clear: they were to be provided on permanent loan, not to private individuals but to congregations that were in need of them. Requests were dealt with on an individual basis and were often turned down for various reasons – as, for example, when it was suspected that the interested party had commercial designs on a Torah scroll.

The current life of the Torah scrolls

The vast majority of usable Torah scrolls from Bohemia and Moravia have now been distributed to Jewish congregations, Shoah memorials, museums and libraries across the world. The rest of the scrolls are part of a collection in a small museum at Kent House which commemorates the fate of the scrolls and the history of the Jews of Bohemia and Moravia. The scrolls that the Czech Memorial Scrolls Trust has loaned to congregations are being looked after with great care. These congregations realize the value of the memory of every individual scroll and are developing a number of projects that promote knowledge of the life of the Jewish community in Bohemia and Moravia. The Jewish Museum in Prague is involved in all of these projects.
The research project for the Czech Torah scrolls and binders in the Memorial Scrolls Trust, London, was financially supported by the Ministry of Culture of the Czech Republic.

Related lectures can be organized at your institution through the Jewish Museum’s Department for Education and Culture.

Department for Education and Culture 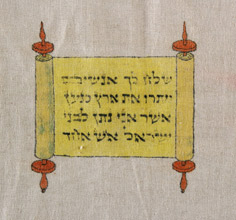 Detail of a Torah binder, Bohemia, 1922 © Jewish Museum in Prague 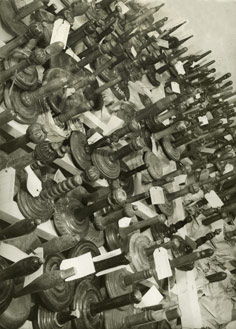 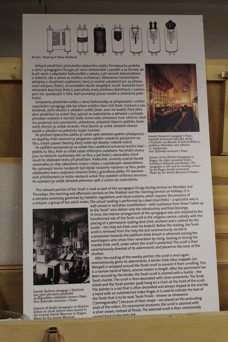 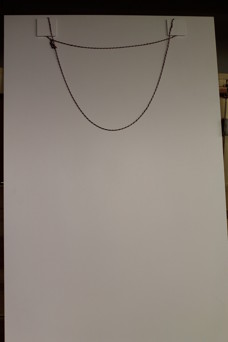 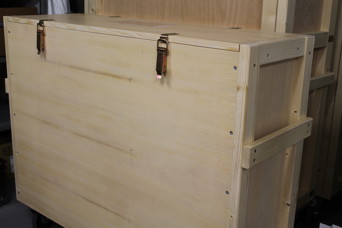 This exhibition is available on loan, free of charge, to any institution. Transportation will be arranged and paid for by the borrower.