Symbols of Emancipation. Nineteenth-Century Synagogues in the Czech Lands

Some 360 synagogues were built in Bohemia, Moravia and Silesia between 1800 and 1918. The Jewish Museum in Prague has now prepared an exhibition that provides the first ever detailed look at the dramatic history of these almost unknown architectural sites.

in a Neo-Romanesque style with the addition of fashionable oriental features. Building activity reached a peak in the following decade when the largest number of new synagogues were built for the needs of the rapidly expanding Jewish communities. In the last third of the nineteenth century and at the start of the twentieth, opulent Neo-Gothic and Neo-Renaissance synagogues began to appear in prominent sites on the new avenues of large towns and industrial centres. These included the New Temple in Prague (now the Spanish Synagogue) and the New Synagogue in Teplice, which at the time was the largest domed temple in Bohemia.

Only ninety of the 360 synagogues that were built in the Czech lands in the nineteenth century still stand. The vast majority were burned down during the Night of Broken Glass in November 1938, after the Nazi occupation in March 1939, or after the deportation of the local Jewish population to the concentration and death camps in 1942. The last battles of the Second World War also took their toll. After 1945 many of the buildings were empty and dilapidated or were used for various other purposes. Work did not begin on the renovation of some of the synagogues until the 1990s.

A loose continuation of the successful exhibition “Baroque Synagogues in the Czech Lands” (2011), this show features more than two dozen synagogues with special focus on their layout, internal design and ornamentation. Information is also provided about the architects and builders of these temples. By looking at the stories behind individual buildings, the exhibition also highlights the development of Jewish communities in the Emancipation period – when the Jewish population became an important part of the economic, cultural and social life of the Czech lands – and during the period of Nazi persecution which led to the destruction of most of them. Special attention is also devoted to the renovations of some of the preserved synagogues which are currently taking place in the Czech Republic.

The exhibition is curated by Arno Pařík." 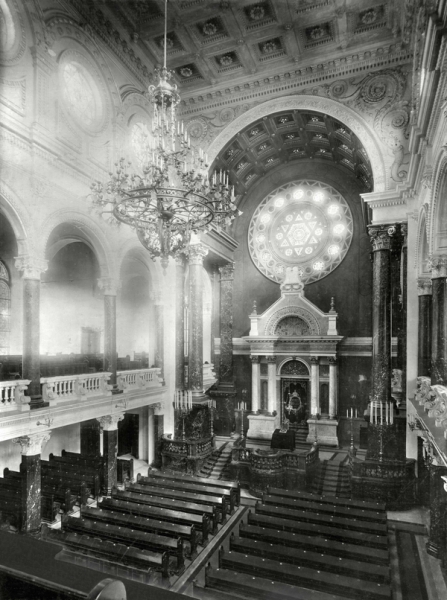