"The Enigma of Róna’s Paintings The themes of Róna’s paintings cover a vast expanse, from the origin of worlds and ancient cultures to distant cosmic civilisations. " 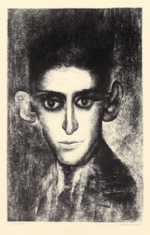 Mařanová was one of the first Czech artists who began to focus on the Jewish victims of the Holocaust in their work. She was also probably the only Czech artist to deal systematically and to such a scale with the works of Kafka.

The Jewish Museum in Prague, Robert Guttmann Gallery, Prague 1, U Staré školy 3
From February 7 until April 27, 2008 open daily except Saturdays and Jewish holidays
February 7 – March 28 from 9 a.m. until 4.30 p.m., Marc

Hella Guth was born on the 16th of February 1908 in Kostelní Bříza (Kirchenbirk) near Sokolov (Falkenau) in western Bohemia. At the outset, Hella Guth had almost ideal conditions for launching an independent career as an artist 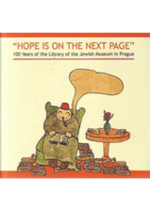 Following on from an earlier exhibition that dealt with the deportations of Czech Jews to the Baltic States in the first half of 1942, this exhibition focuses on the fate of the transports that took thousands of prisoners to the occupied territory of Poland in 1941–1942. 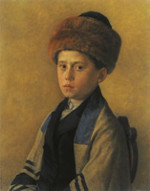 The tradition of Jewish education stretches back to biblical times. One of the basic duties of the father is to provide for the instruction of his children, guiding their first steps towards a religious life and later enabling their sons’ education in Jewish schools.

Exhibition for the 100th anniversary of the Jewish Museum in Prague

It would be hard to find an object that presents the Jewish culture and religion more aptly than the Torah scroll. The reading from a parchment manuscript which contains the Hebrew text of the Five Books of Moses – the Divine Teaching handed over to the people of Israel – is the central moment in the Jewish synagogue liturgy. 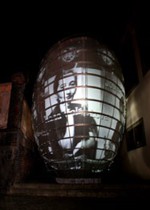 "The museum functions as Noah's Ark did in the Tanakh (the Hebrew Bible) -- to salvage and save what might otherwise be destroyed by natural disaster and catastrophe. Therefore ARK seemed to be the perfect metaphor for a project about the museum and particularly about this museum that was able to salvage thousands and thousands of objects during the Holocaust." 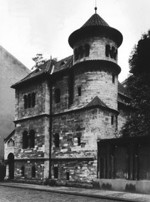 The Jewish Museum in Prague in one of the oldest such institutions in Europe. Yet it was not the first to be established in what was to become Czechoslovakia. That distinction belongs to the Jewish Community of Mladá Boleslav who several years earlier put together a small collection of ritual objects that were not in use. The Jewish Museum in Prague, however, represented the true beginning of Jewish museology in the country.