Form of the Scroll

If we were to seek a material object that most aptly symbolizes Jewish culture, we would probably choose the Torah scroll. This strip of parchment contains the Hebrew text of the Pentateuch, the public reading of which constitutes the core of the synagogue liturgy. Both the text and the object itself have a unique position in the Jewish religion and are considered to be holy. 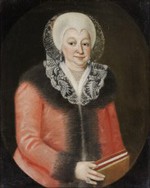 Images Of The Prague Ghetto: Exhibition for the 100th anniversary of the Jewish Museum in Prague

The exhibition Images of the Prague Ghetto brings together 200 unique images, dating from the eighteenth to the twentieth centuries, which give a vivid picture of the main monuments of Prague’s Jewish Town.

This exhibition, which has been several years in preparation, focuses on the course and attributes of the traditional wedding ceremony of Ashkenazi Jews. The photographs, garments, rings, contracts and many other items on display provide an overall picture of one of the most important events in the life cycle of every individual and show how the wedding has been celebrated by the Jewish community in the past and present.

The project of young Canadian artist, Melissa Shiff, offers an alternative look at a traditional Jewish wedding ceremony. Led by an effort to enliven the rigid ritual practice that has remained unchanged for centuries and the desire to give it a new meaning that can be sustainable in today’s plurality of opinions and identities, the artist has decided to prepare her own wedding as an experimental ‘live performance’. 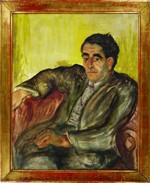 This is the story of a man who devoted his life to advocating ideals in the real world. A man who prioritised putting the ideas of Masaryk’s Czechoslovakia into practice before pursuing his own interests. A man who actively and tirelessly worked for the benefit of society. A man who managed to rise above nationalities, languages, creeds and party allegiance. A man who did not hesitate to put his own life at risk in the struggle against the enemy. A man who never gave up.

The year 2006 marks the 100th anniversary of the establishment of the Jewish Museum in Prague. During the momentous occasion of this important anniversary, the Jewish Museum has approached other cultural institutions in the Czech Republic, as well as artists, Jewish communities and public officials for their support. Together with the contribution of several embassies and foreign cultural centres, the Museum has prepared the „Year of Jewish Culture – 100 Years of the Jewish Museum in Prague“, a yearlong project that will take place all across the country.

MICHAEL BIELICKY: THIS YEAR IN JERUSALEM

The images shown on this web page are taken from media artist Michael Bielický’s unique telematic installation This Year in Jerusalem at the Robert Guttmann Gallery at the Jewish Museum in Prague, which ran from November 17, 2005 through January 15, 2006. 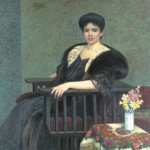 Jilovsky was born on 15 March 1884 in the Vinohrady district of Prague. His parents, Josef Jilovsky (1852–1921) and Julie (née Heller, 1863–1939), came from small villages in Central Bohemia and moved to Prague shortly before he was born 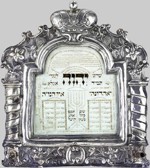 Those who see this picture won't sin: Jewish art on parchment and paper

The items from Jewish households and synagogues that have been selected for this exhibition, particularly from the Jewish Museum in Prague’s collection of manuscripts, are not prescribed religious appurtenances. Pictures or texts-pictures that were made as an expression of folk piety at the margins of the canonical rituals of religious life, they became established in time as a necessary addition to, ornament for and commentary on such rituals.

“Since then I have believed in fate…“ Transports of Protectorate Jews to the Baltic States, 1942

The exhibition Transports of Protectorate Jews to the Baltic States deals with the transport trains that were dispatched from the Terezín ghetto before 26 October 1942, when deportations to Auschwitz began. The first part of the exhibition is on the fate of Bohemian Jews who were transported between 9 January and 22 October 1942 to the Nazi-occupied Baltic states of Latvia and Estonia. The second part, which is currently under preparation, will be on deportations to Belarus and eastern Poland.