Following years of as yet fruitless efforts to have it restored to its rightful owner (the Federation of Jewish Communities in the Czech Republic), the Hebrew illuminated manuscript Kizur ma’avar Yabbok was recently entered into the Deutsches Zentrum Kulturgutverluste (German Lost Art Foundation) database containing information on illegally seized and missing cultural assets. A rare example of the so-called Moravian school of Hebrew illumination, the manuscript was commissioned in 1748 by the members of the chevra kaddisha (burial society) of the Jewish Community in Nikolsburg (Mikulov).

The manuscript, missing since the beginning of the Nazi occupation in 1938, next appeared in the U.S. in September 2010 in the hands of a private posssessor. Since then the Federation of Jewish Communities in the Czech Republic has made efforts to get the manuscript restituted to the collection of heritage objects of the Nikolsburg community, part of the collections of the Jewish Museum in Prague since 1942.

The efforts to return the manuscript to the Czech Republic are described in detail in an article published on 29 September 2018 in the Lidové noviny daily (in Czech) and in a 2017 Cambridge conference paper.

The current whereabouts of the illegally kept manuscript are unknown. 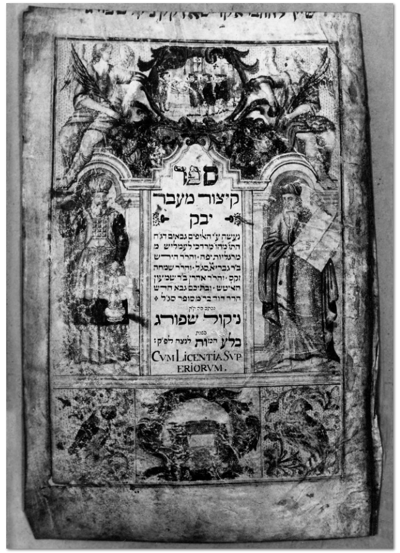